The exhibition looks back over the architect's story from the ‘80s, when he was just setting out in his career, to his most recent work, exhibiting a vast collection of drawings, interior design and architecture projects, design objects, illustrations and audio-visual contributions: from comics to the Bolidismo movement in design, from joining the Memphis group to conquering European and international markets, up to his consecration as one of the most important architects and designers on the international scene.

The exhibition route is divided into theme areas, beginning with the Disegnare (Drawing) section analysing his beginnings in the lively cultural scene of Bologna in the early 'eighties, characterised, among other things, by the birth of Umberto Eco’s university of the arts and communications, when he actively participated in the creation of a new vision of integration of image with illustration, fashion, communications and comics.

The exhibition includes some of his drawings for Frigidaire, Alter Linus and Vanity Fashion Magazine as well as styles created for Ferré and Krizia and illustrations for WP Lavori in Corso.

The second section, Innovare (Innovate), focuses on avant-garde movements in design, with the foundation of the Bolidismo group and collaboration with the Memphis group, exhibiting objects as manifestos: the Numero Uno armchair, a true symbol of the trend, the little Otello armchair he designed for Memphis, the Newtone sofa and the Dinamic collection for Moroso, as well as a number of more recent designs such as those he produced for Teuco and Snaidero, the fruit of Iosa Ghini’s ongoing creative research.

Visitors to the exhibition will be able to admire the evolution of the designer's international career in the third section, Parlare con il mondo (Talking to the world), presenting objects designed for important international companies such as IBM International Business Machines Corporation, BMW and Duravit in Germany, Silhouette Modellbrillen in Austria and Yamagiwa in Japan, including a number of interior design projects for the offices of the Capital Group in Moscow, the Hanover metro system in Germany and the CMC Group in Miami.

The section entitled Interpretare la quintessenza italiana (Interpreting the quintessence of Italy) represents what it means to be Italian and illustrates Iosa Ghini’s work in collaboration with major international groups such as Ferrari, Alitalia, Kiko and Iris Ceramica, the main sponsor of the event, as well as many others for whom Iosa Ghini has designed spaces for work and entertainment as well as designing chains of shops built all over the world, with a single corporate identity to make businesses instantly recognisable.

The exhibition closes with a section entitled Sostenibile ma bello, oggi (Sustainable but beautiful, now) in which the theme of sustainability takes centre stage along with the capacity of Italy’s productive system for technical and stylistic innovation. The area is specifically dedicated to lighting products employing energy-saving LED technology. It also illustrates recent projects in which environmental sustainability is a key factor, such as the People Mover infrastructure in Bologna, the premises of the Ministry of Foreign Affairs Club, the Maserati Museum, WP Lavori in Corso and Oikos, which interprets the architect’s design requirements with its material colours, as well as a number of design products such as the South Face installation.

Audio-visuals support the entire exhibition route with historic film segments and interviews with various artists and personalities in the world of design.

The exhibition opens to the public on September 23 and will stay open until October 19 2014. 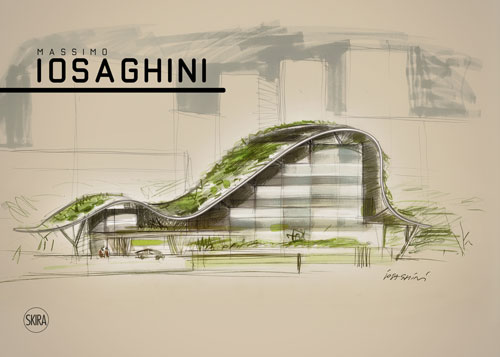 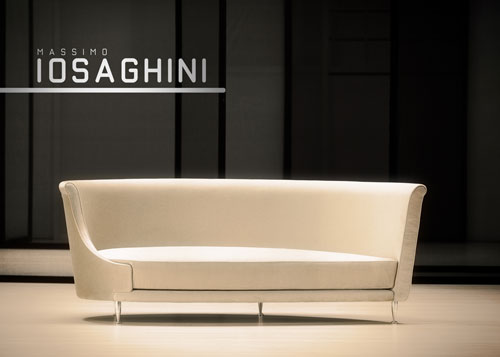