FICO, which stands for Fabbrica Italiana Contadina, opened its doors on November 15: the world’s biggest food and agriculture park, it is also known as Eataly World  to underline the exceptional qualities of Italian food and agriculture and the park’s connections with Oscar Farinetti’s Eataly, which has been involved in the project right from the start. The park opened on the renewed site of the former  CAAB, Centro AgroAlimentare Bologna, and extends over 10 hectares, 8 hectares indoors and 2 outdoors consisting of cultivated fields and stables. The tour route is organised to ensure correspondence between the “factories” where food products are transformed and consumed and the outdoor areas where plants and animals testify to the richness and biodiversity of Italian agriculture.
FICO was designed by architect Thomas Bartoli, with various spaces and restaurants following one after another in a pedestrian and bicycle route that can be interpreted in two ways: according to the different food products characteristic of Italy, from pasta to dessert, and the geographic areas the country is divided into.
These spaces feature numerous products of Italian excellence, not only in food but all sectors involved in the creation of big retail spaces.

Italian design characterises all the furnishings in the restaurants at FICO, as well as the light fixtures and surface coverings, made unique by the distinctive style of the May collection in 10x20 cm size and the brilliant white of the Adamas collection in 10x30 cm size, by Iris Ceramica.

In the Congress Centre, a modular space which can also be used to host conventions and private events, the floors are covered with the natural warmth and charm of stones from the  TRAX collection by FMG Fabbrica Marmi e Graniti, in the 120x60 and 60x60 sizes. 5,000 sqm of ACTIVE Clean Air & Antibacterial Ceramic™ surfaces by  Iris Ceramica Group were used to cover the walls and floors of the food production workshops in the FICO factories. The choice of ACTIVE surfaces for FICO was only logical in view of the need to meet the strict health and hygiene requirements of current legislation governing food processing areas; this was made possible by  ACTIVE and its anti-bacterial and anti-pollutant power, as the material reduces the principal strains of bacteria and the pollutants that can be present in premises where food is handled. 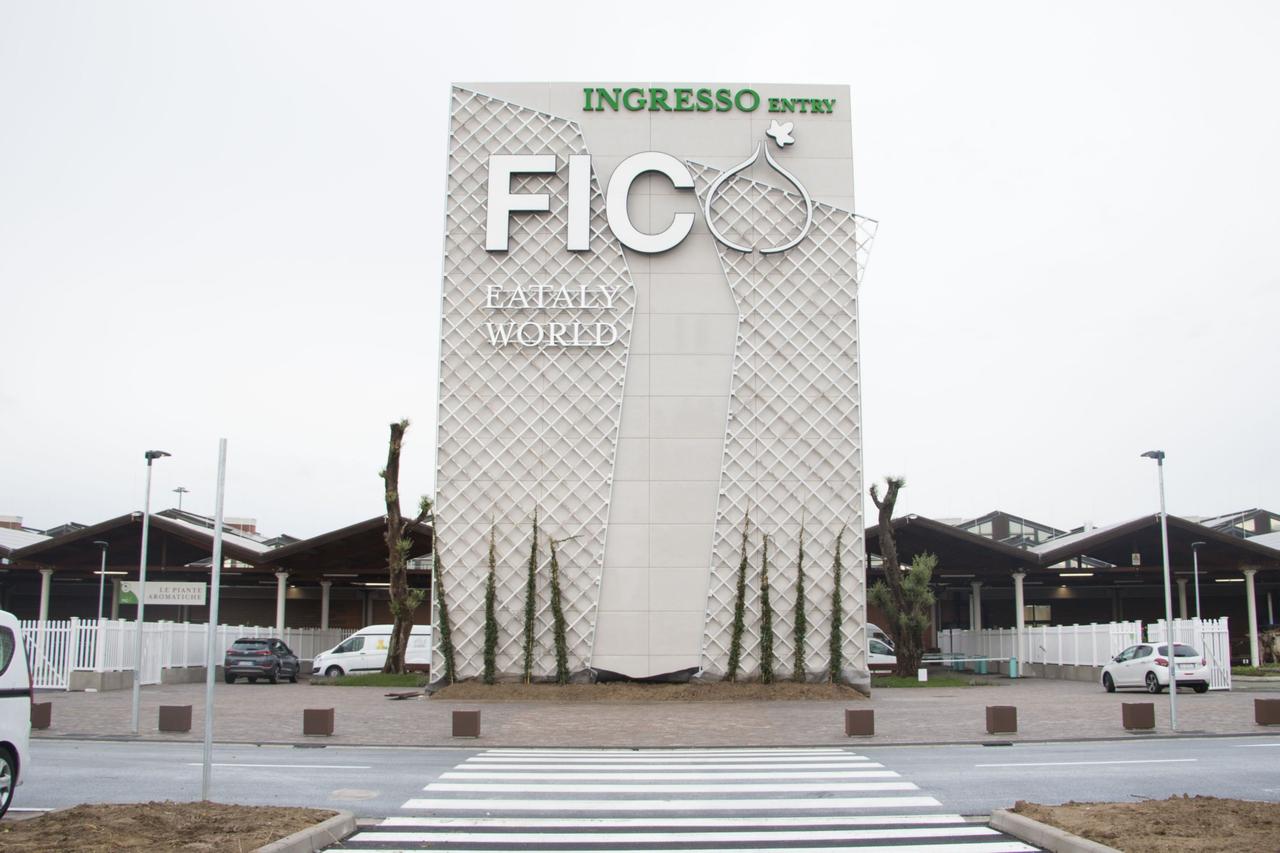 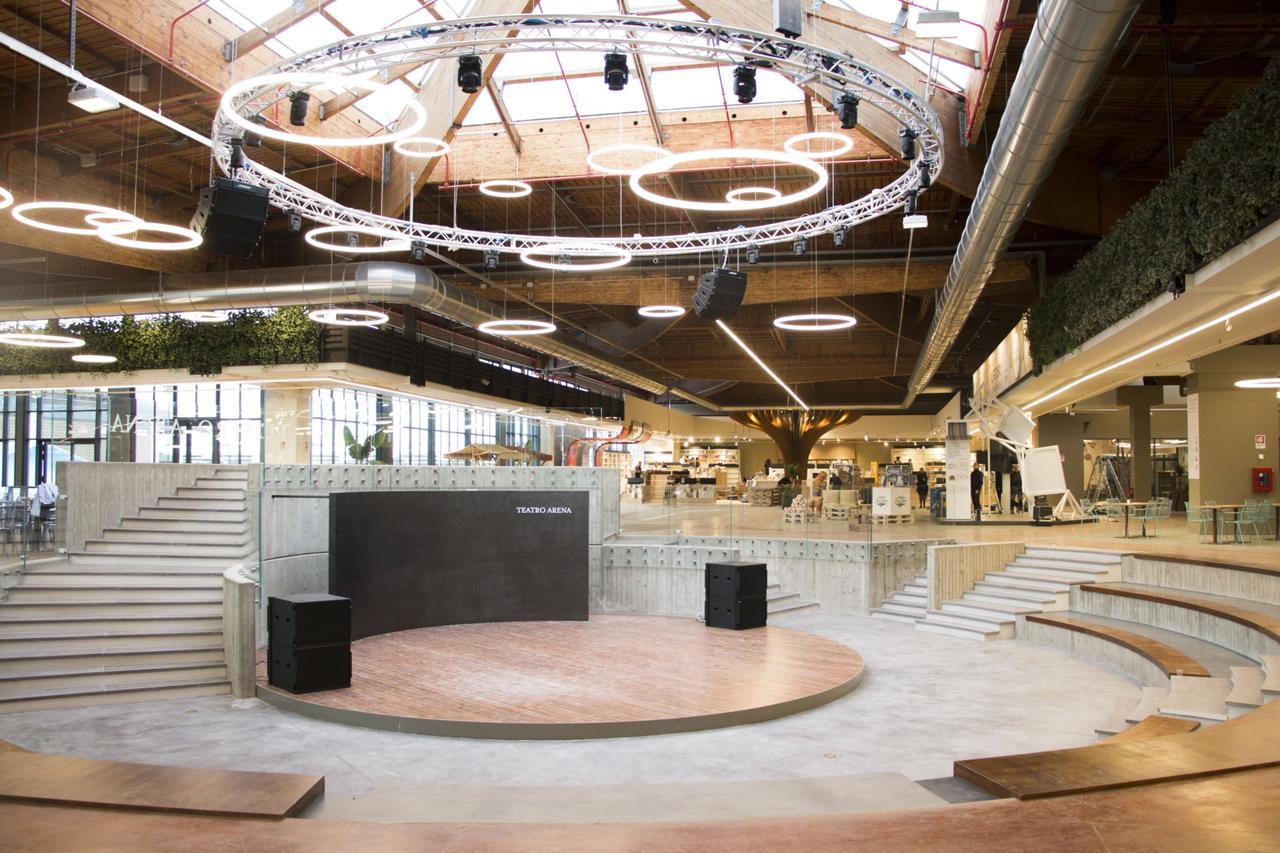 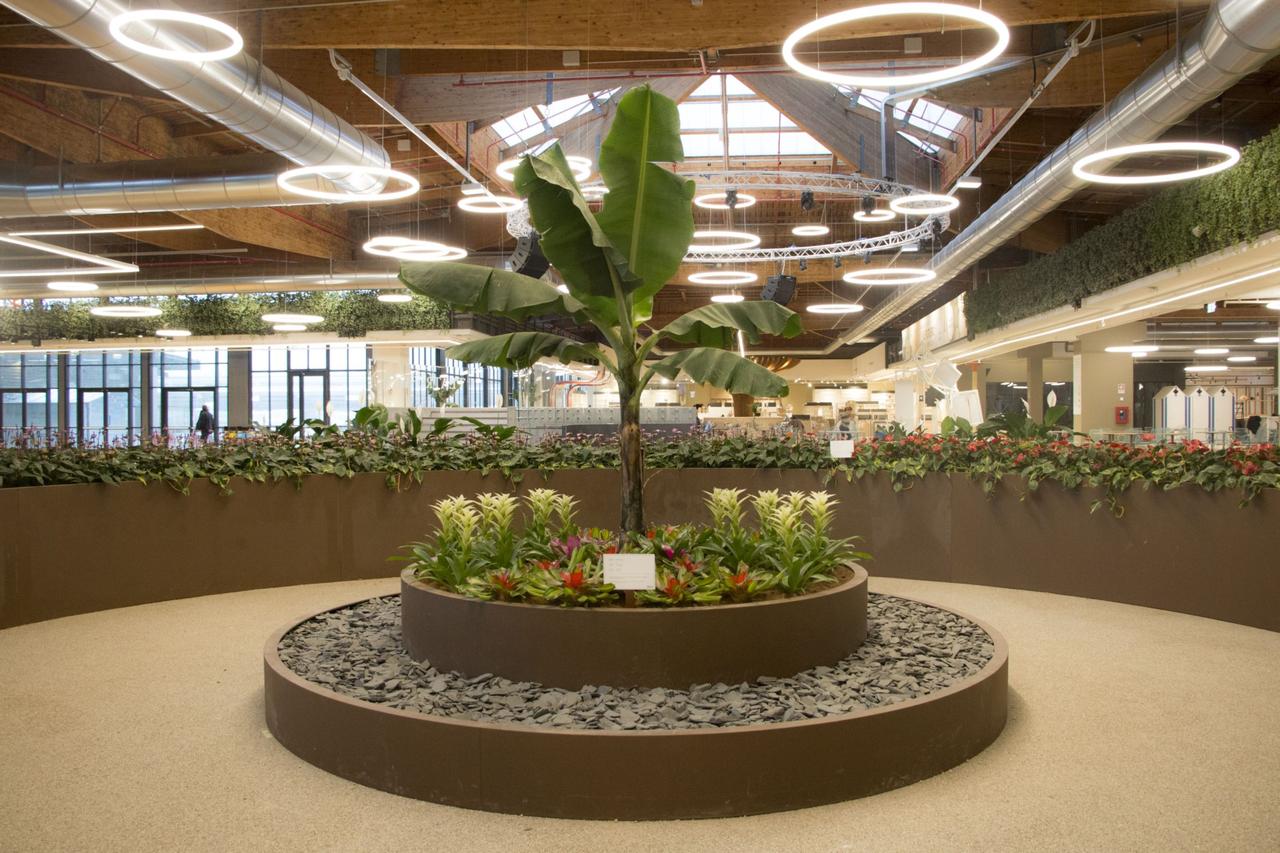 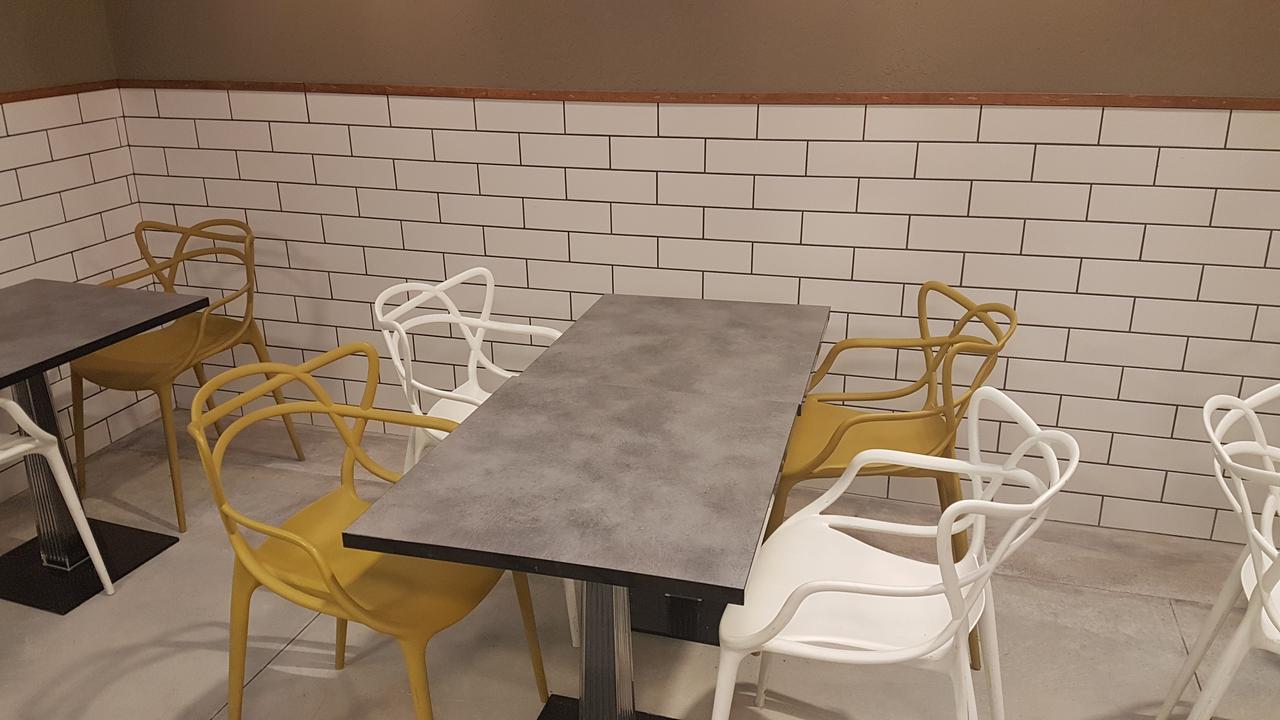 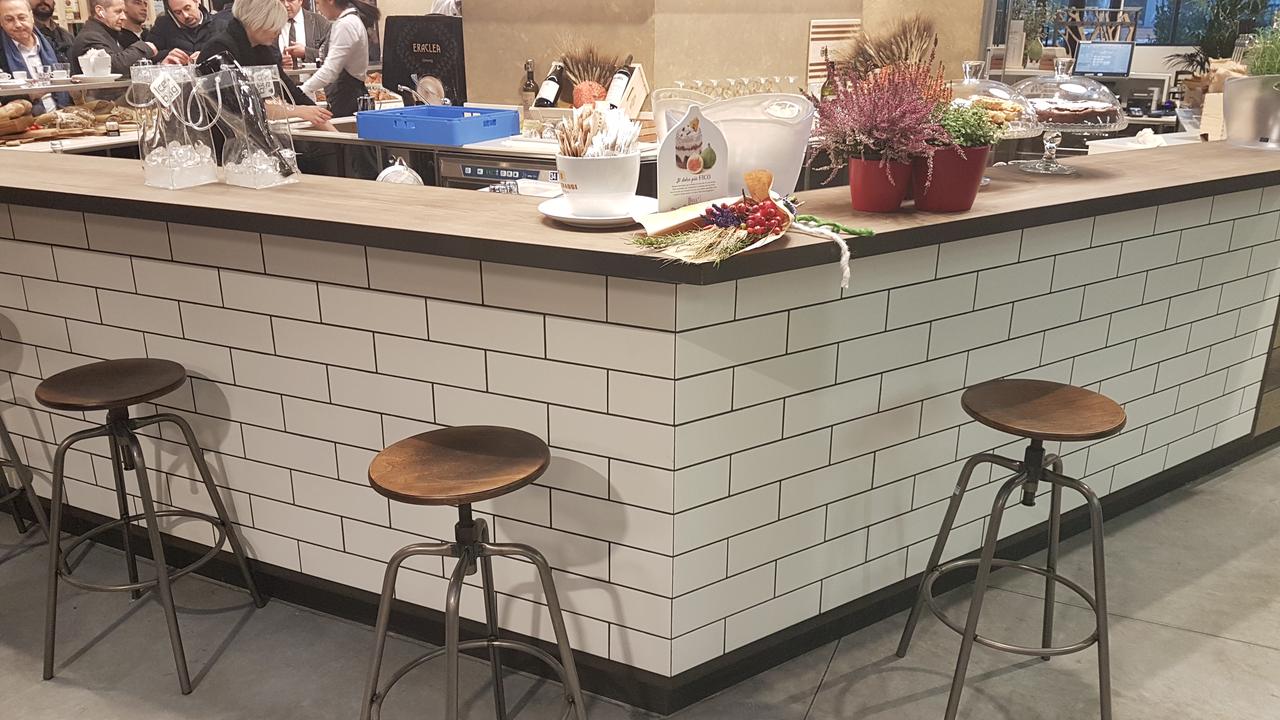 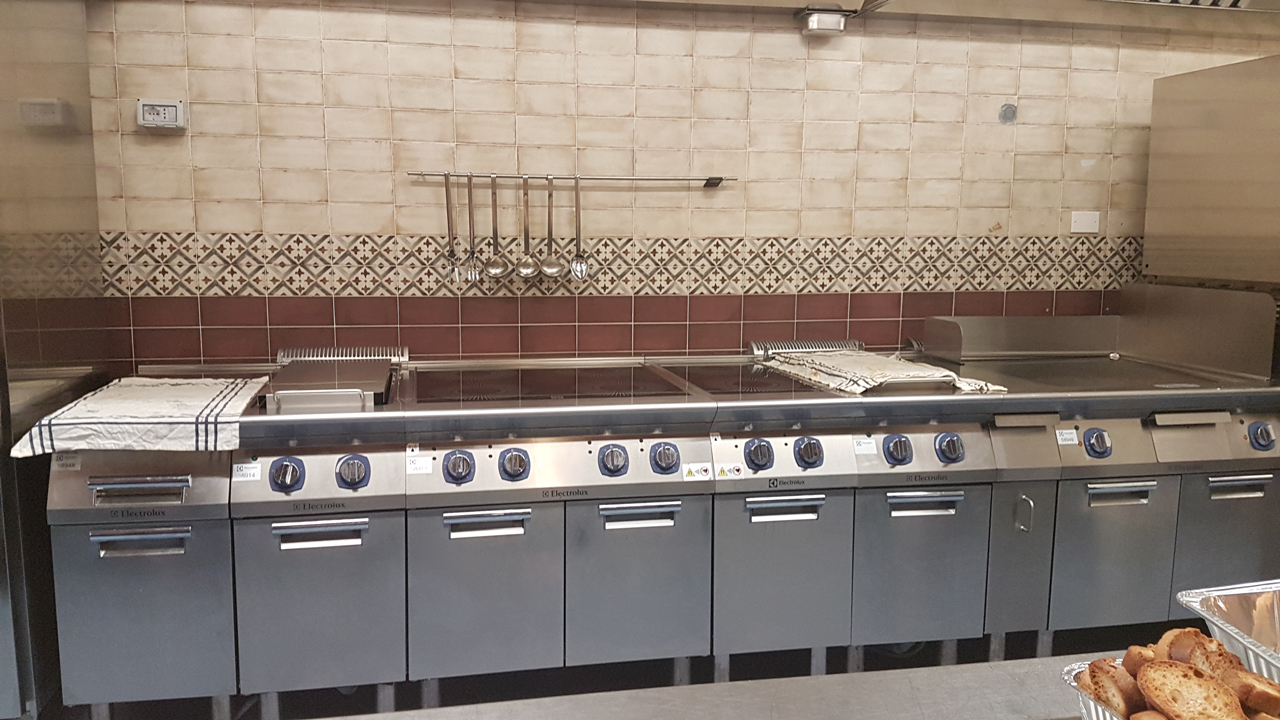