Aesthetic renewal as a way of achieving social change. This is the goal of INRES and Area-17 Architecture & Interiors for the redevelopment of Galleria R-Nord, in the housing development located between Via Canaletto and Via Attiraglio, behind the railway station in Modena. The heart of the project is the pavement in the outdoor areas and Galleria R-Nord, which leads from the road to the parking spots, where FMG Fabbrica Marmi e Graniti, Eiffelgres and Iris Ceramica porcelain surfaces are used.
If you have travelled through the region of Emilia by train, you will have noticed the degradation of the social housing complexes visible from the railway station in Modena. Designed in the ’70s by Modena architect Vinicio Vecchi, the complex included a tunnel leading to the upper levels from the pedestrian entrance on Via Canaletto. The inside of the tunnel was mute, without any views of the outside, and over the years it had become unsafe and been exposed to vandalism.
The architects decided to use FMG, Eiffelgres and Iris Ceramica materials to cover the floors and walls, the key to a process of functional and aesthetic renewal aimed at transforming what used to be simply a private access into a public gallery ideal for housing businesses. First of all, a second entrance was opened up on the western side to connect a new parking area with the side on Via Canaletto. Having redesigned the Galleria R-Nord in this way, no longer as a blind element but as a through route, the architects then gave it a new face. Unlike the original project, in which there were businesses only on the outside, there are now shop windows on the inside too, including the floor-to-ceiling windows of a Coop supermarket measuring 1200 square metres, entirely repaved with Iris Ceramica’s Madeira Corda 60x12, with a thickness of 13mm.
The outdoor areas were redeveloped by adding wooden sunbreaks, opening a café and more shops, and designing new street furnishings.  The new interior wall and floor coverings supplied by FMG and Eiffelgres played an essential role, allowing the gallery to perform its new function as a welcoming passageway which also offers services.
Colour is the key to the new look, which literally explodes out of the gallery through the entrances on Via Canaletto and the portal framing the entrance to the parking lot to create a permanent artistic installation. The architects chose surfaces in bright colours, alternating red, pink, acid green and yellow. The floor is a continually changing carpet of colour in which 60x60 squares are cut in half to make triangles that break with the modular design to enliven the effect of the whole. 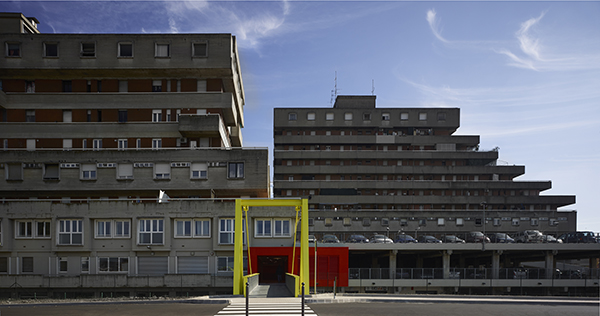 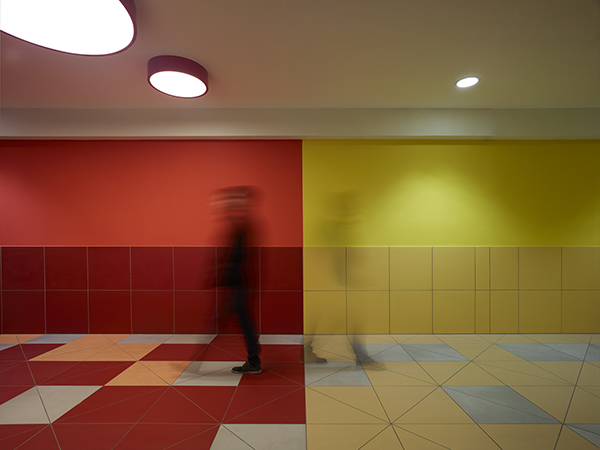 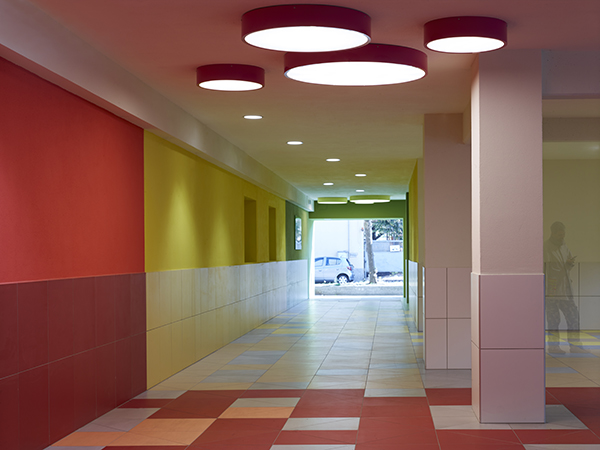 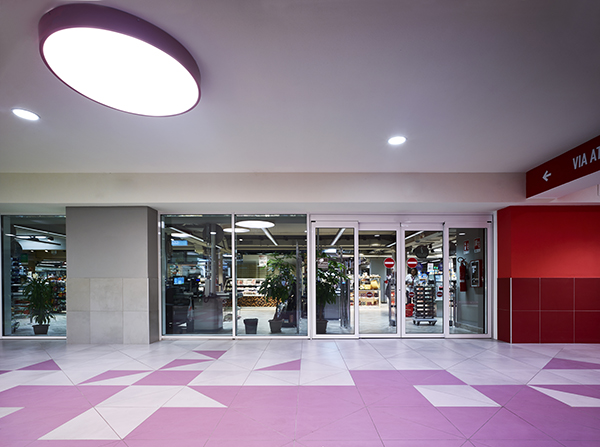 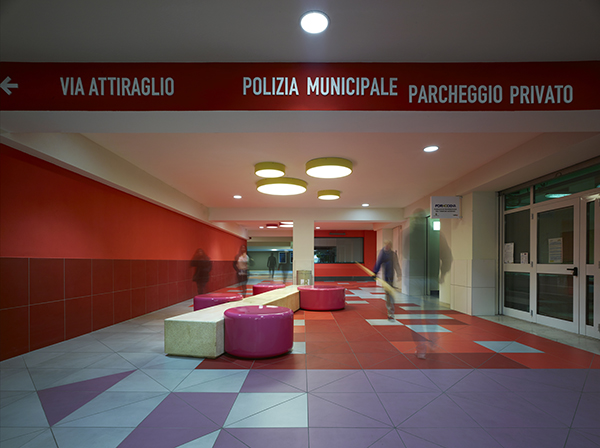 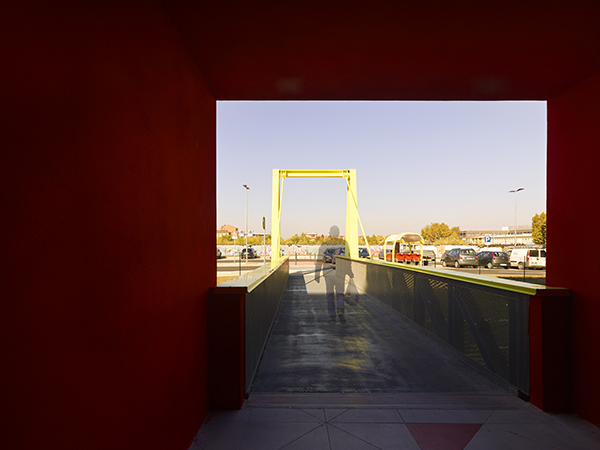 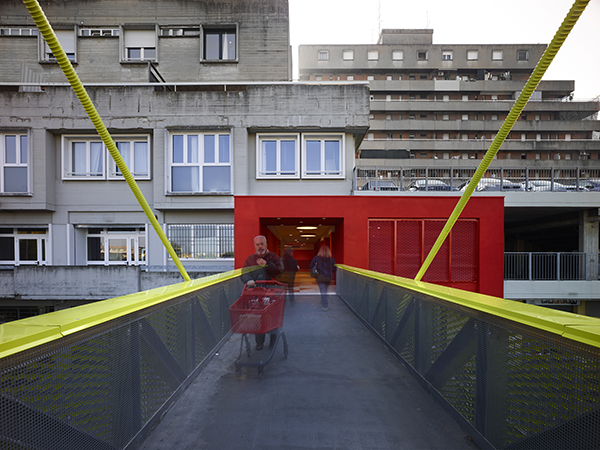 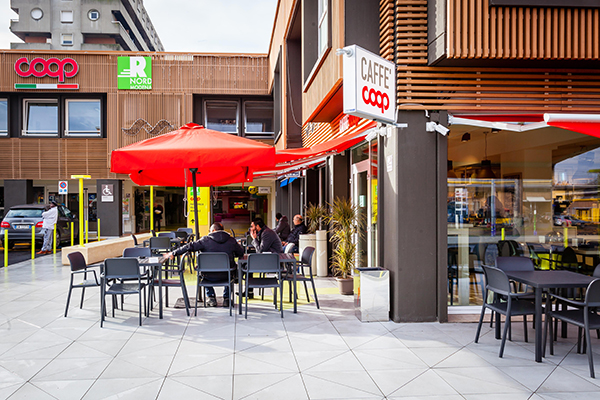 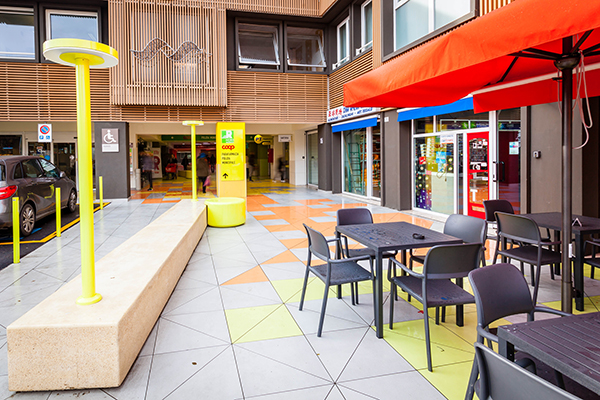 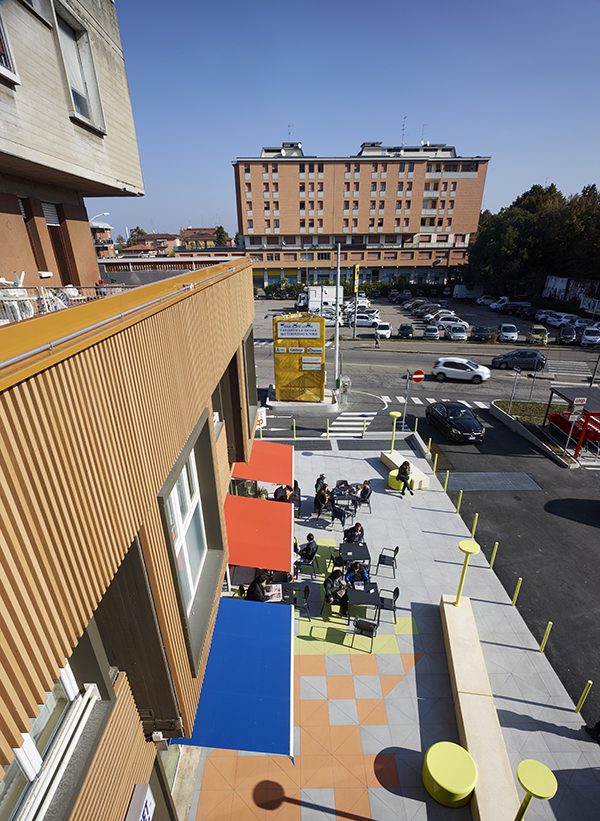 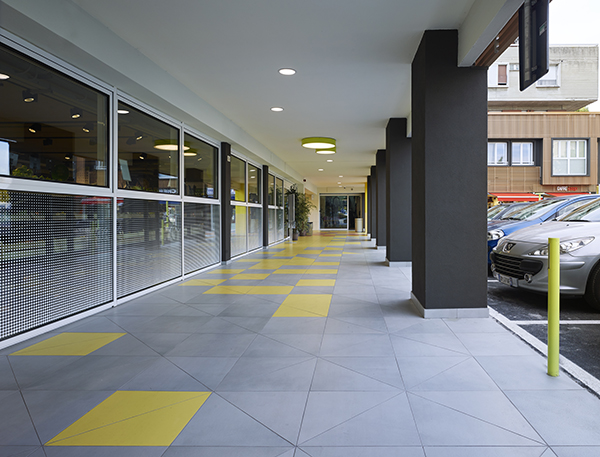 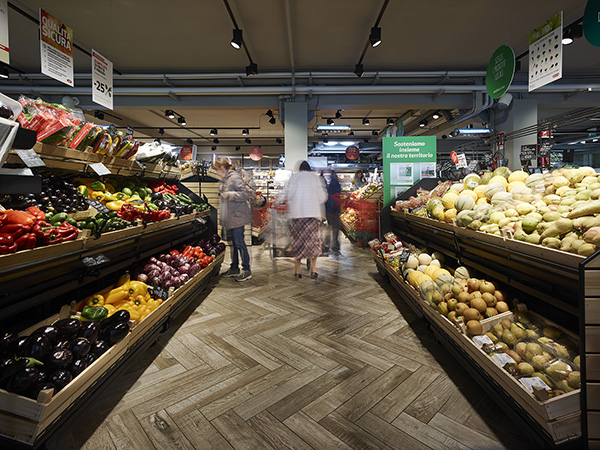 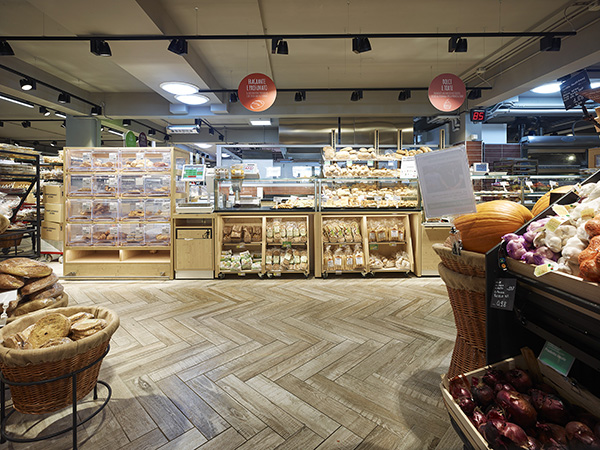 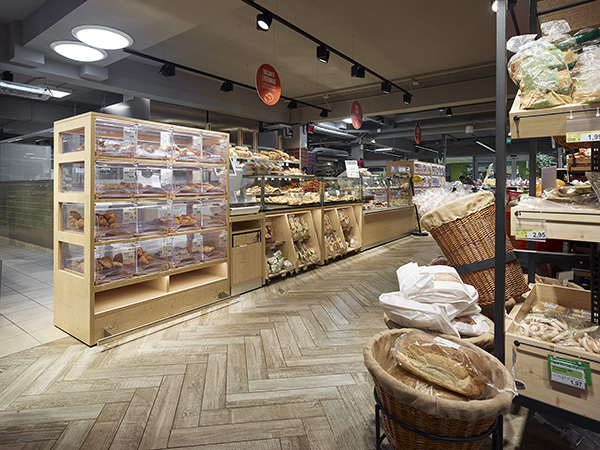 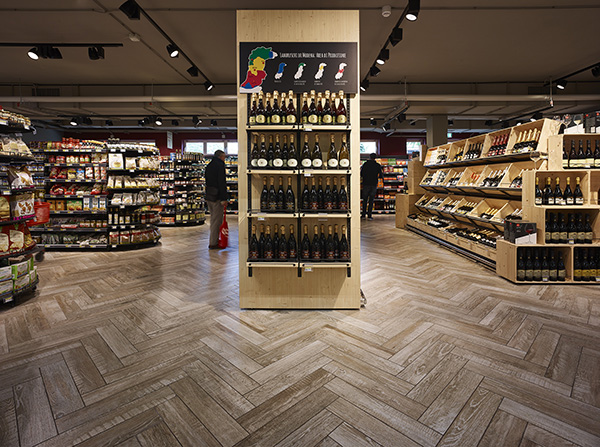 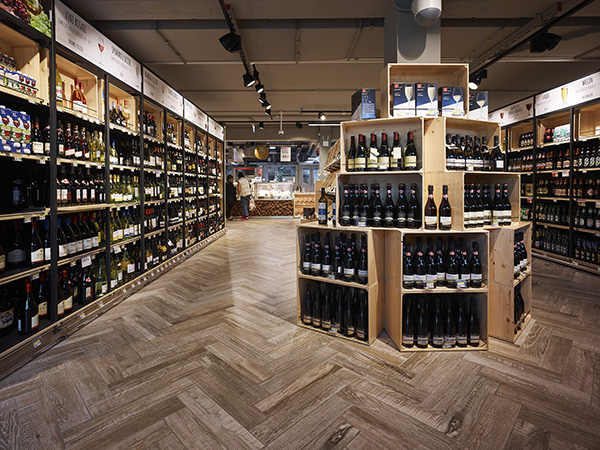 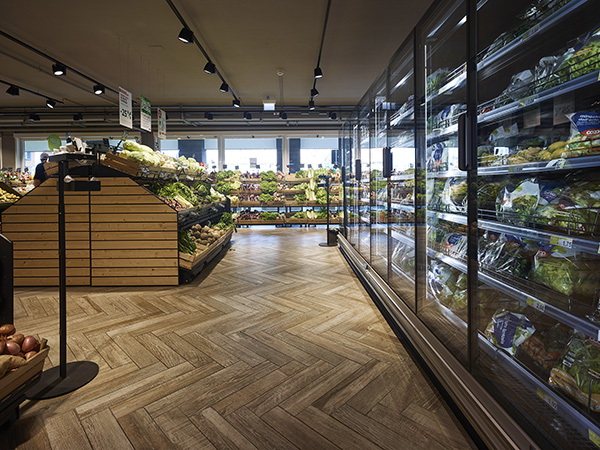 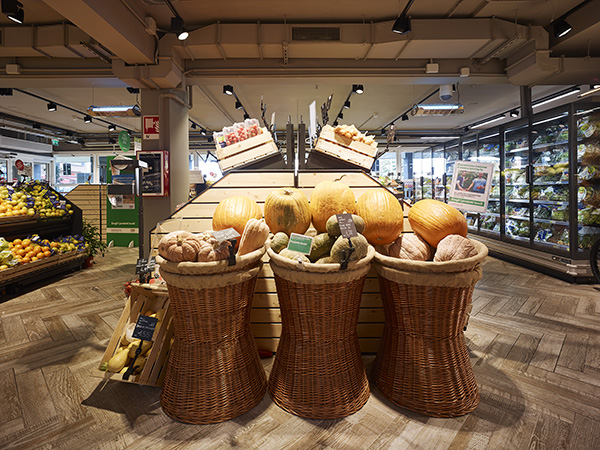 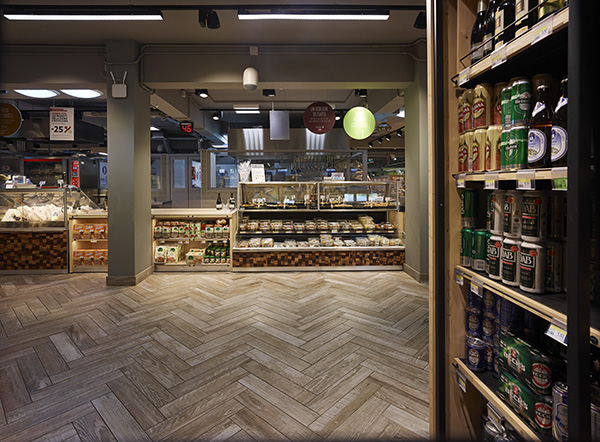 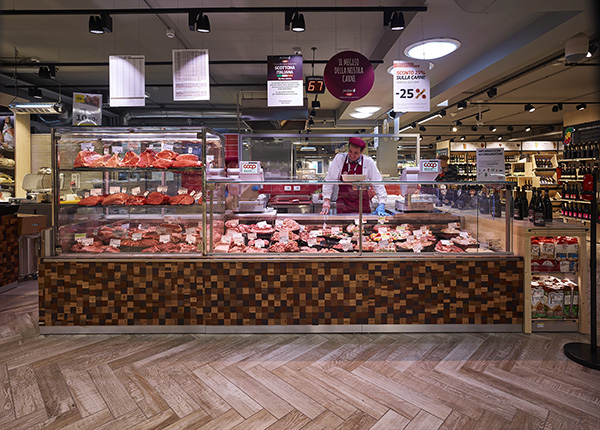 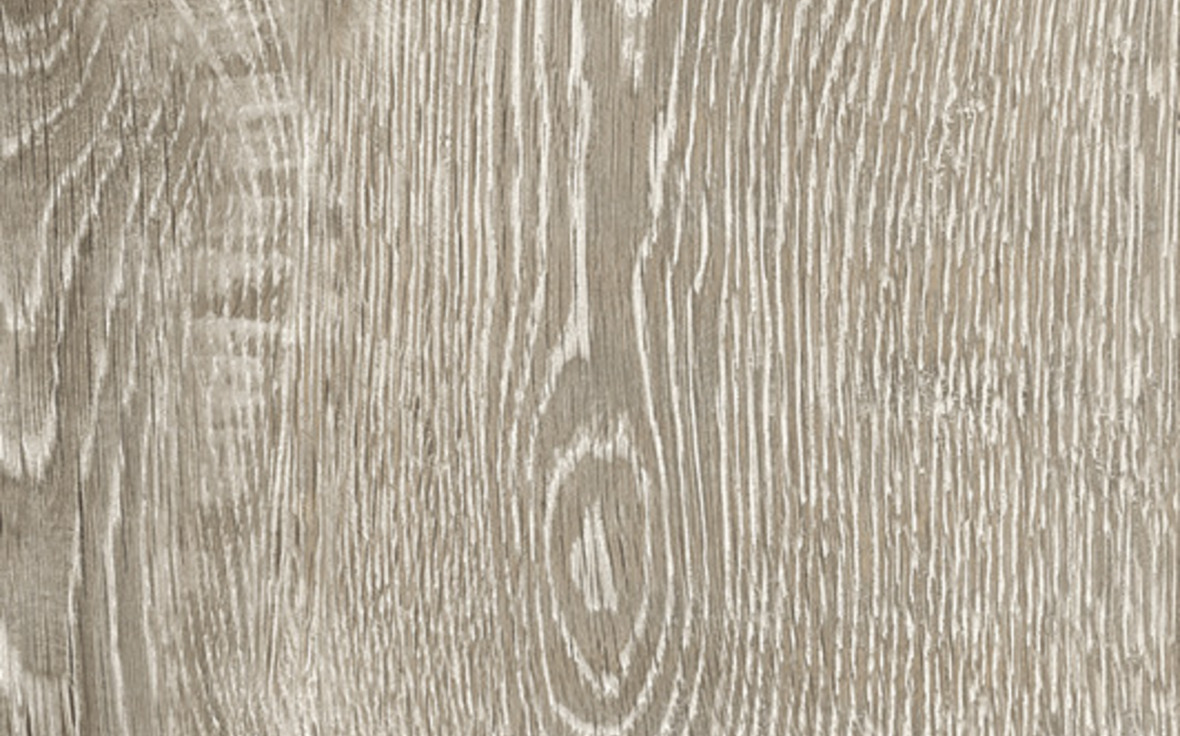