The Renzo Moda Boutique in Alife, measuring about 1100 m2, opened in May 2011 and is a multibrand store belonging to Vincenzo and Salvatore Renzo The store concept is inspired by its setting, in a town founded by the Romans, where architecture and urban planning are still based on the Romans’ policies at the time of the construction of Alife, then known as Civitas Allipharum, and clearly reveal the changes produced by local history. The architectural space was reworked into two distinct elements: the perimeter, with continuous woodwork in which the irregular mesh of the surface becomes a geometric rhythm, and the central part, a fulcrum connecting the store’s two levels and the areas around it.
The round pillars of the main façade, a common element in buildings designed by Gruppo Renzo s.r.l., accompany the structure throughout its entire height, accompanying it upwards: between the pillars, big windows show off the products for sale and let daylight into the store.
The architects focused on energy conservation and the new building’s impact on its urban surroundings and the environment in their design.

The choice of materials used to cover the space determines the quality of the design, providing the perfect backdrop for showcasing the fashions; but it was a great challenge to create a multibrand maxistore while leaving each brand plenty of room to create its own image. The architects attempted to create a neutral scenario which would at the same time have plenty of character, to state the identity of the Renzo brand and make it recognisable in the area.
The flooring was chosen after a thorough survey of the market, guided by the architect’s technical skill and the client’s business sense. The performance capacity and the productive process were the parameters guiding the architect’s choices, while the furniture designer chose colours and hues that would emphasise the smooth materials of the furnishings and the architectural structures and create a harmonious, soft surface to support the vertical space.
Outdoor floors and walls are covered with Pietra Forte F2 and F3 and Pietra di Lava from the Format collection, while the flooring in the interiors is Madreperla Avorio and Orlov (collezione Ma.de, formato 60x120): Iris Ceramica products were chosen for their quality, contemporary look, strength and elegance. 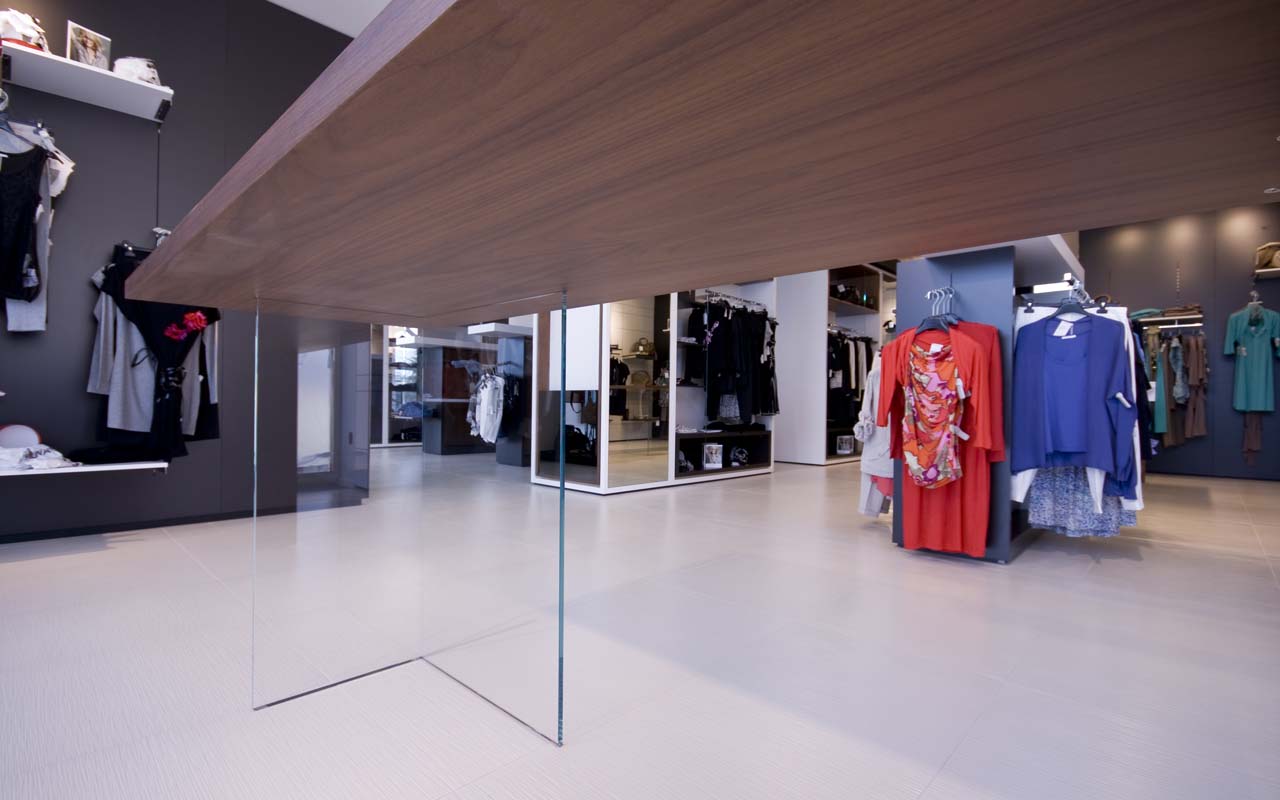 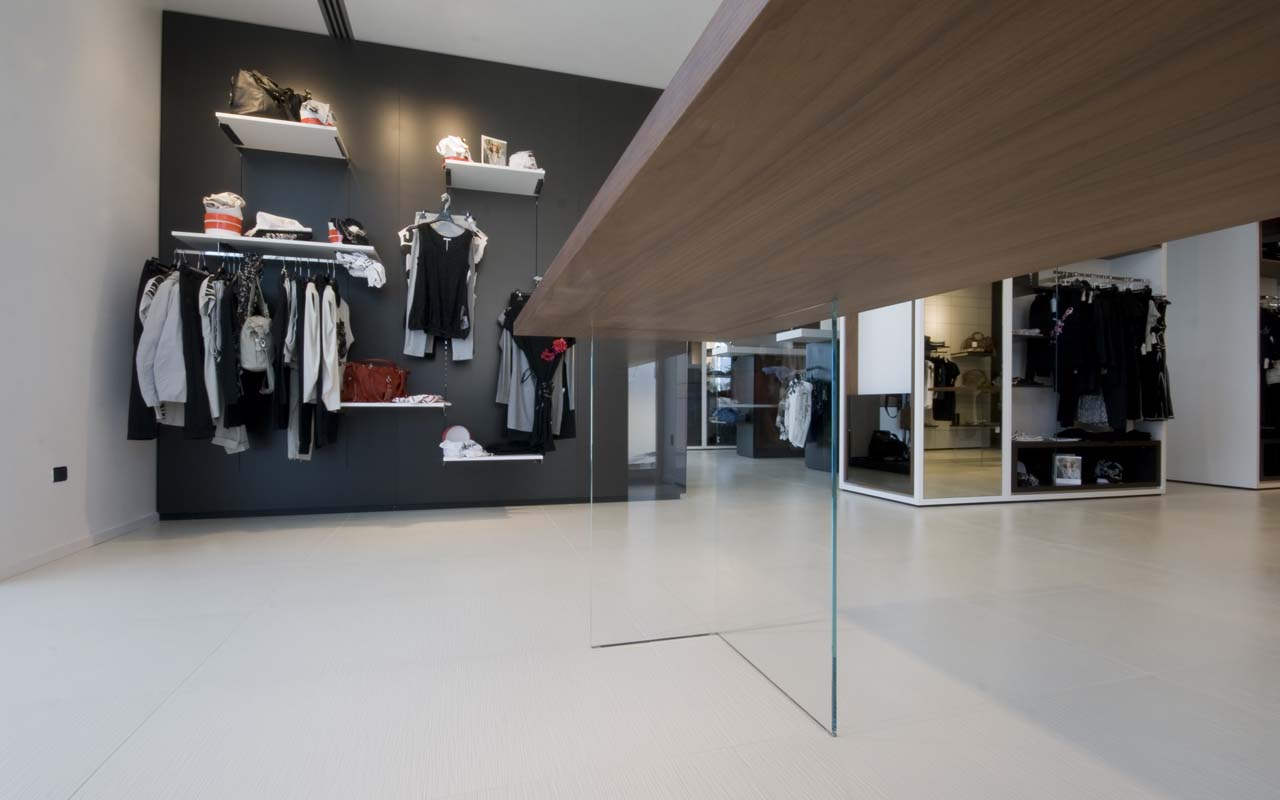 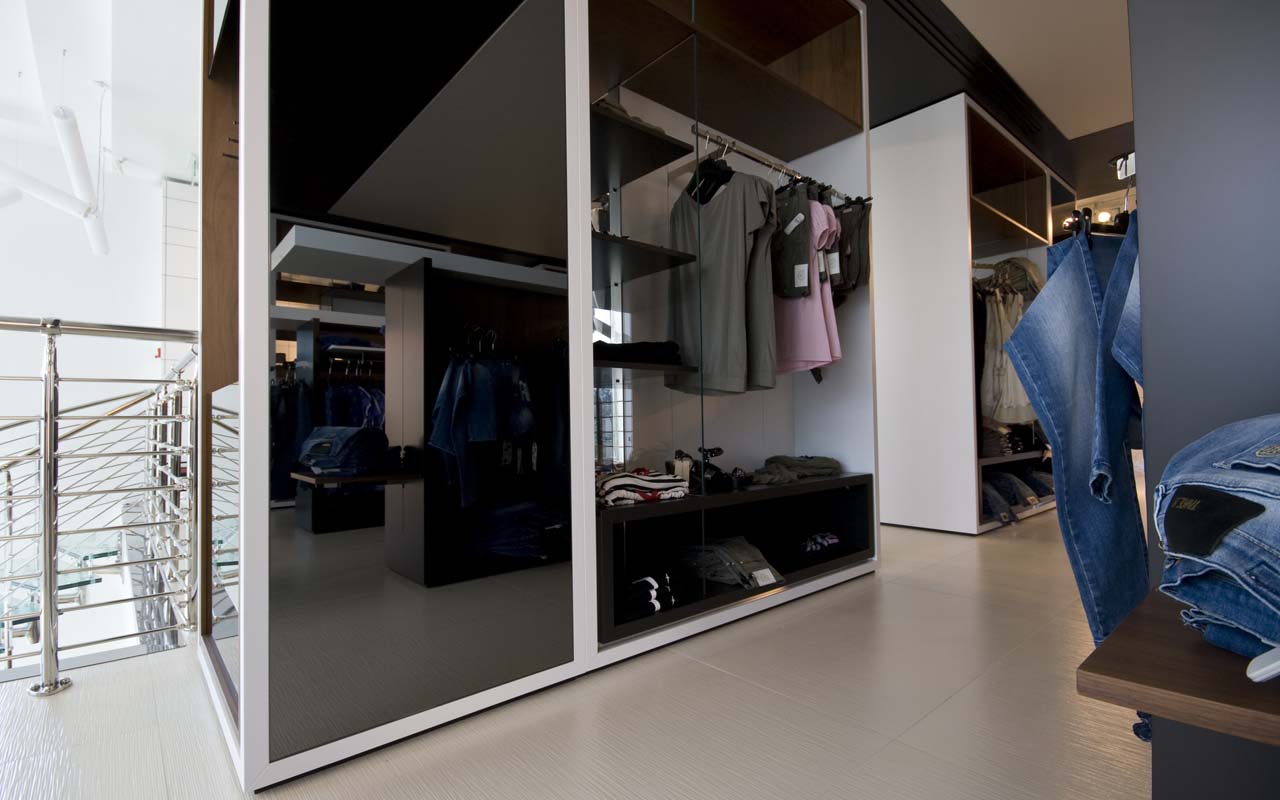 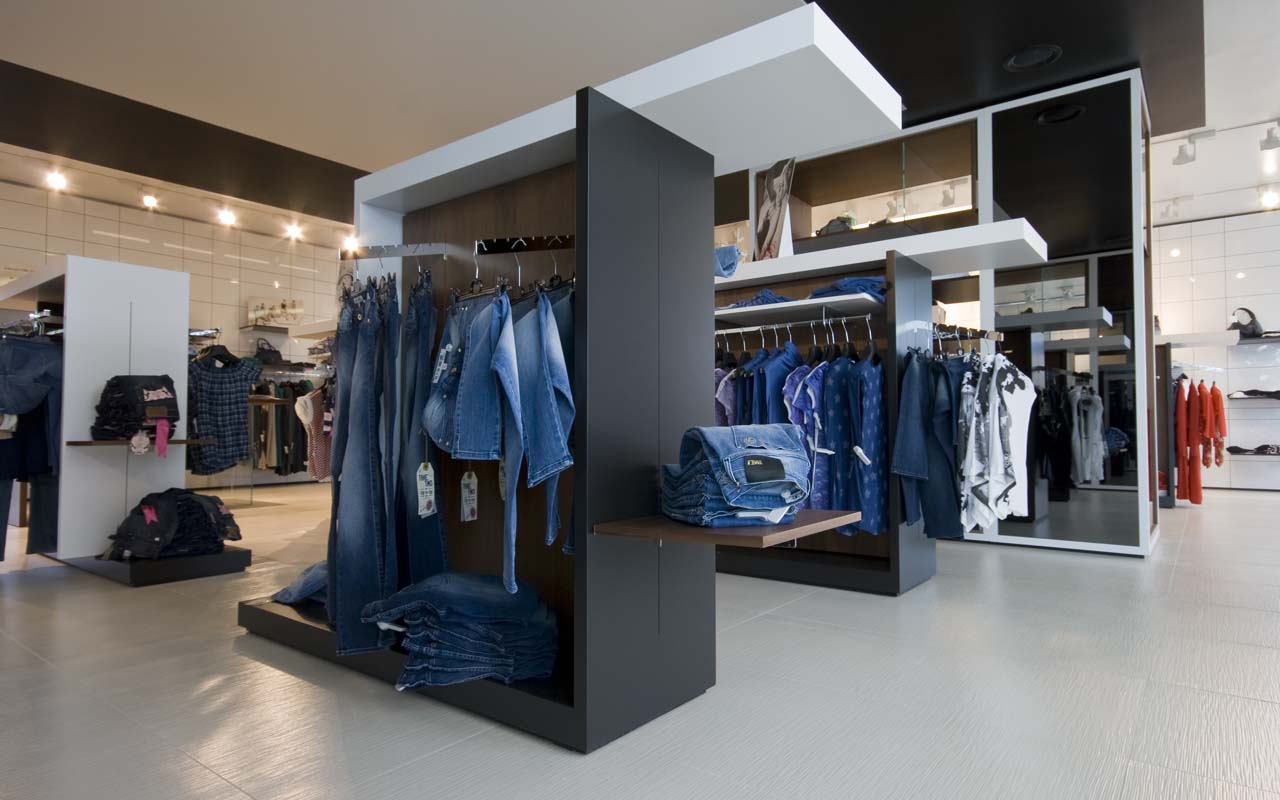 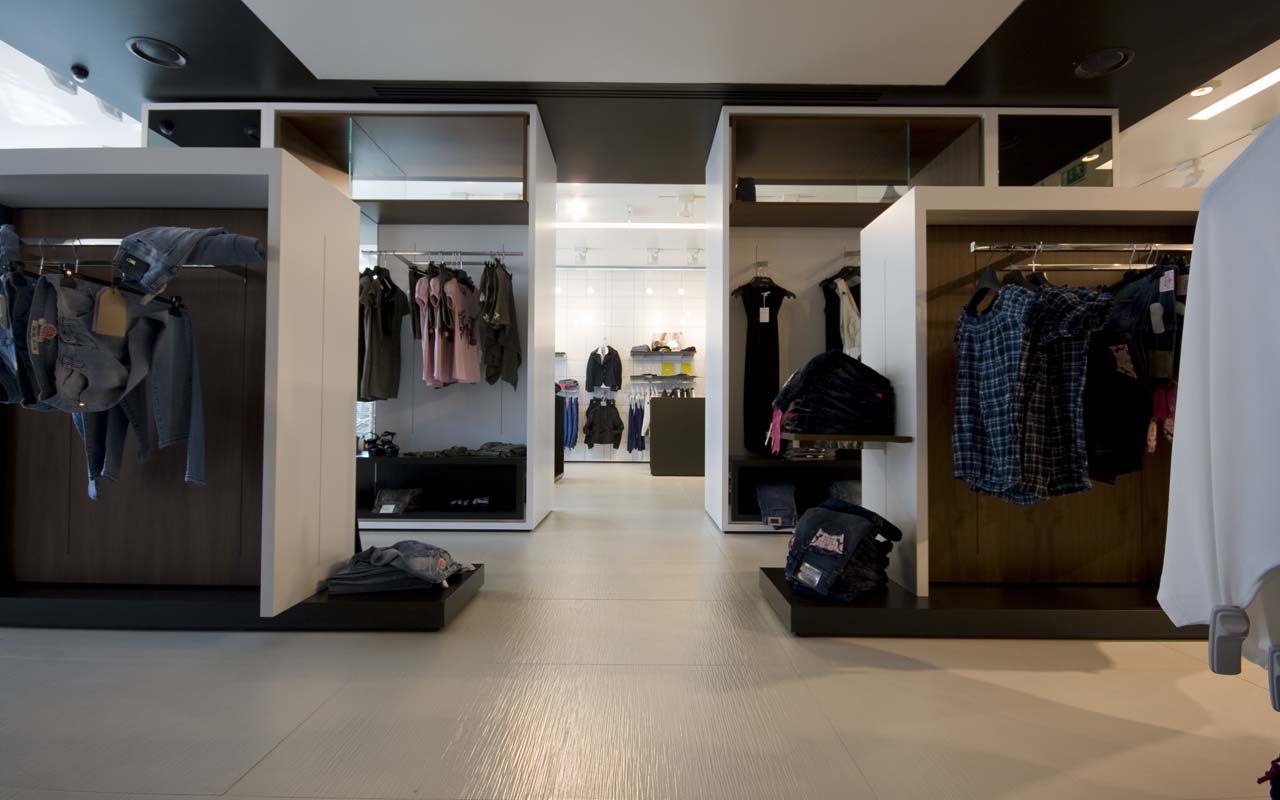 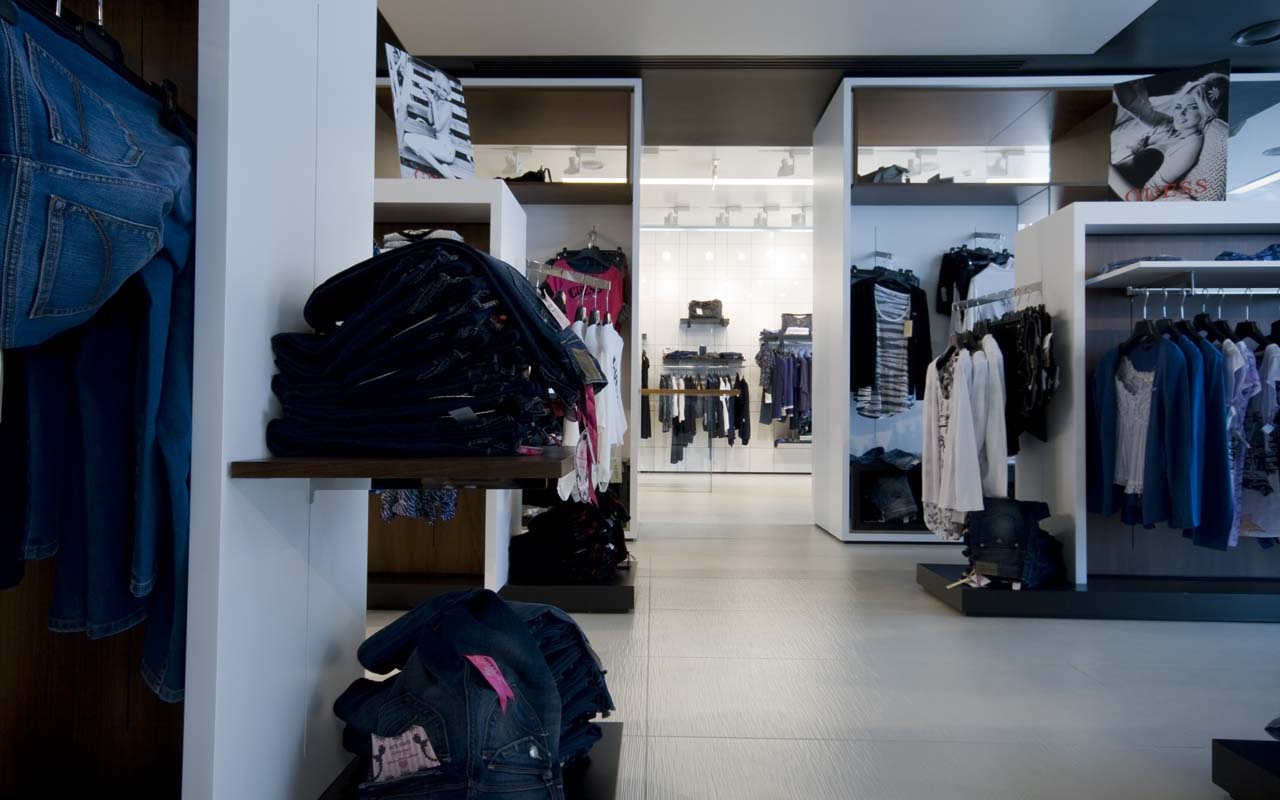 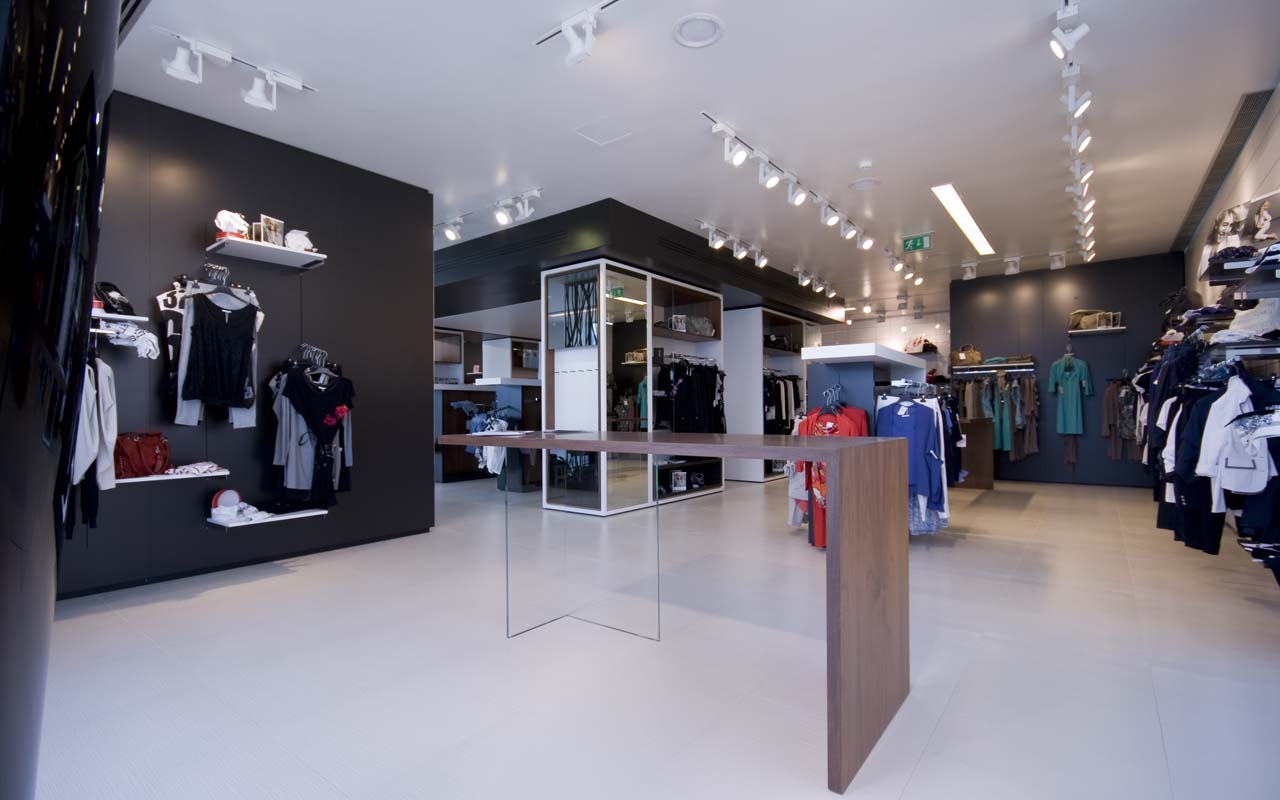 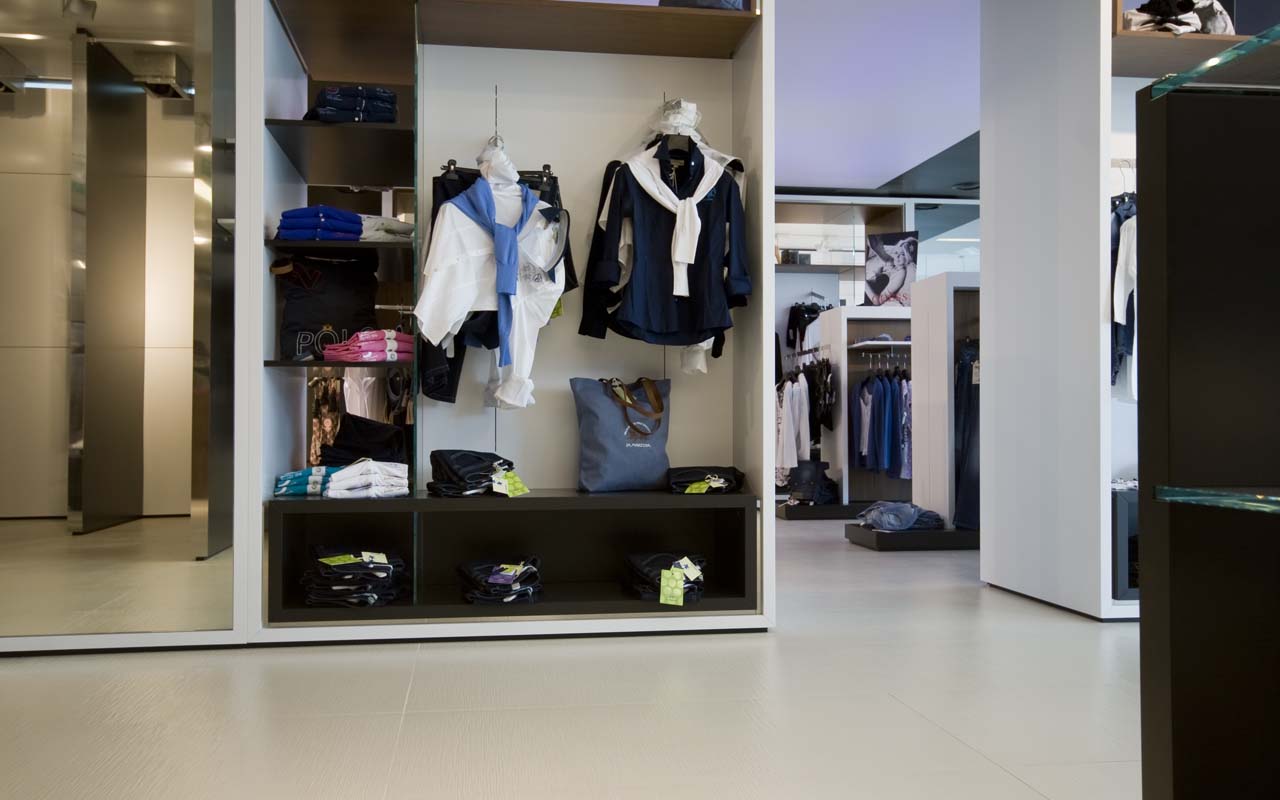 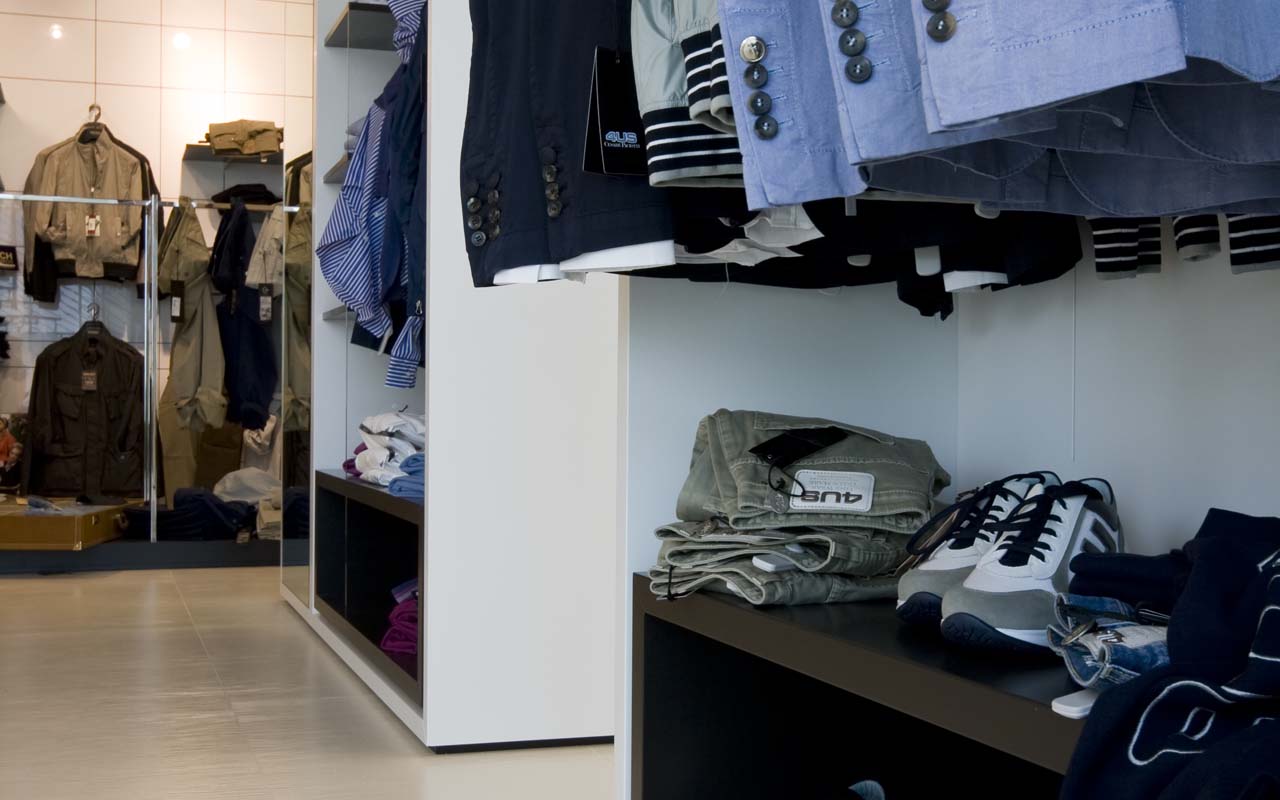